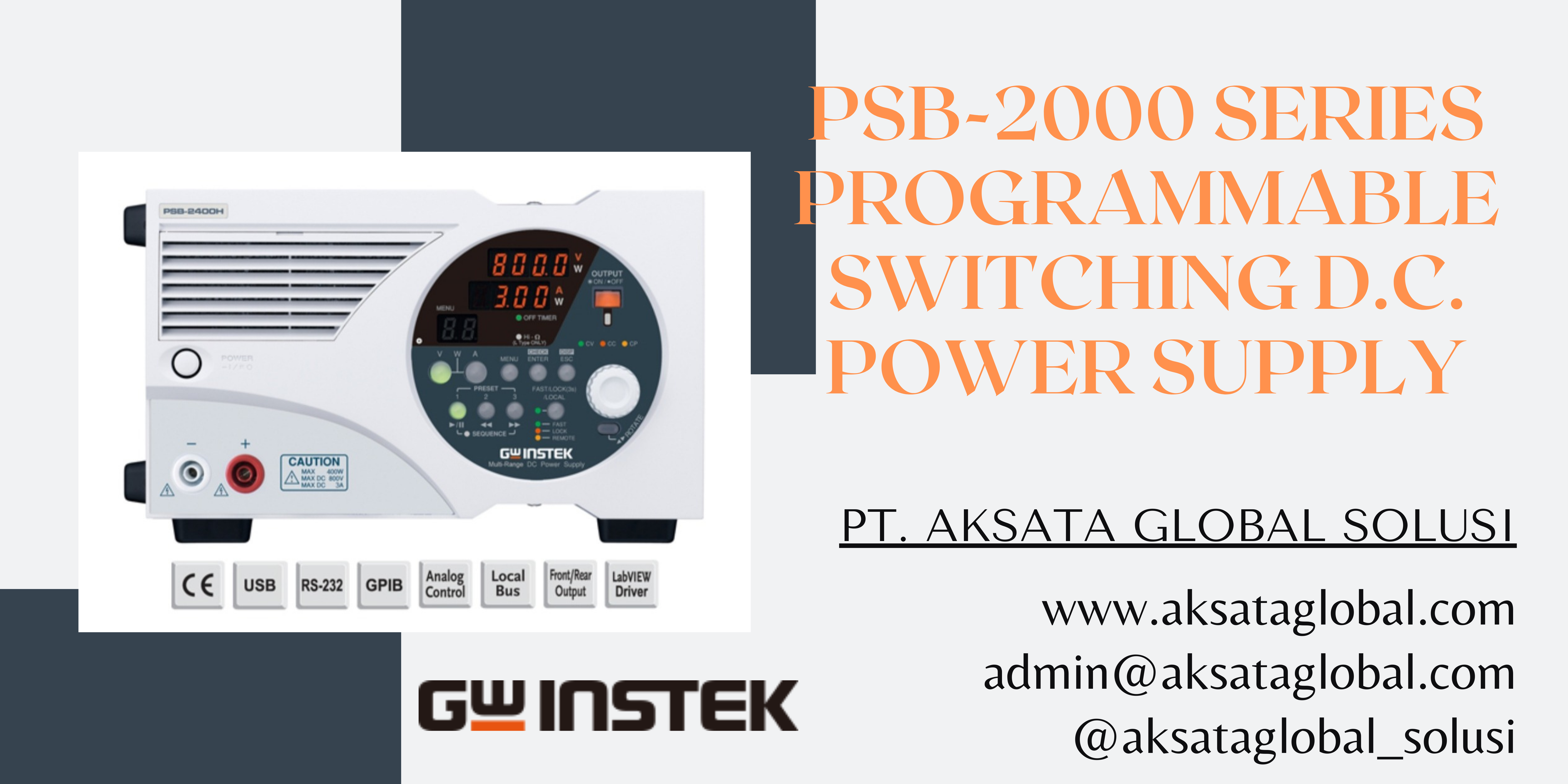 The PSB-2000 series, which is a high power density, programmable and multi-range output DC power supply. There are six models in the series including one power booster unit. The PSB-2000 series has the output voltage of 0~80V and 0~800V, and the output power ranges of 0~400W and 0~800W. The multi-range output functionality facilitates flexible collocations of higher voltage and larger current under the rated power range. Both series and parallel connections can be applied to the PSB-2000 series to fulfill the requirements of higher power output range.

The PSB-2000 series provides three sets of preset function keys to memorize regularly used settings of voltage, current and power that users can recall rapidly. The sequence function, via RS232C, USB interface or optional GPIB interface, can connect with the computer to produce output power defined by sequence of a series of set voltage and current steps that are defined by the computer. This function is often used to establish a standard test procedure for the verification of the influence on DUTs done by the swiftly changing operating conditions.