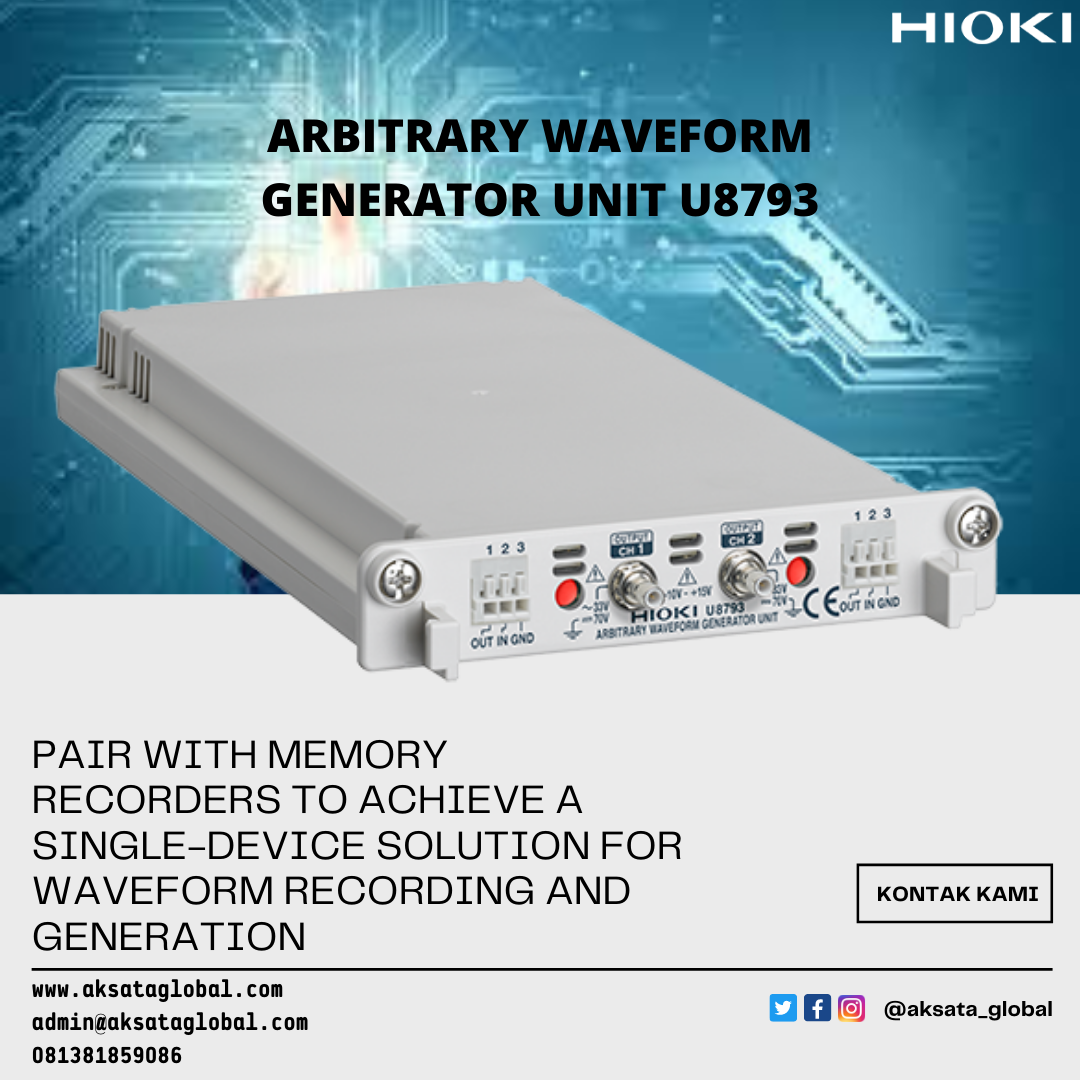 For more information and price list e-mail us: admin@aksataglobal.com

The Arbitrary Waveform Generator Unit U8793 is a plug-and-play module for the Hioki Memory HiCorder to create a function generator, arbitrary waveform generator, and waveform measurement in a single device. Easily observe waveforms while varying test conditions, such as changing the signal's amplitude and frequency as well as programming various waveforms to output in order.